How to Fix a Patchy Beard 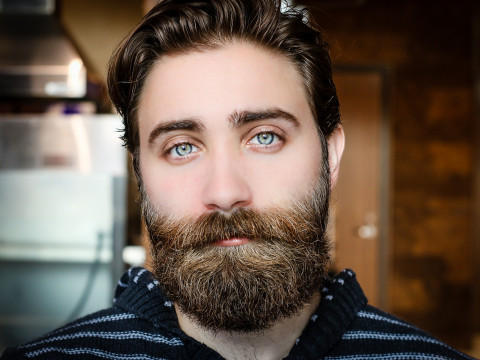 It commands respect. Authority. It has the power to make you look tougher and older. But it takes time, patience, persistence, and investment. After all, beards are not for everybody. I struggled myself for about three years with my beard until I finally decided to really dig into it and see if would actually work or not. Turns out it did. There are plenty of myths out there regarding growing a beard that actually ruin your confidence and that’s the main reason why I was doing it wrong for so long. The truth is, it is easier than what it seems, and although there are some hard truths you will have to face, the positive facts overcome the negative ones. Also, you will have to do lots of research of your own because you will find tutorials that tell you to do one thing, and others that tell you that the one thing you thought was right, is not.

If you have searched about this in the past, you may have found that genetics has to do with your beardness, and that is partly true. The problem comes when men out there think that since its genetics, you can’t do something about it. Good news everybody! There are a few things you can try to make hair come out. Without getting too much into the science of it you just have to understand that hair comes out thanks to the production of testosterone in your body. The more testosterone, the higher the possibility of getting a beard. Start taking care of your whole body and it will reward you with a beard. Do exercise. Stop bad habits like smoking. Eat healthier. There are lots of foods out there that will help you produce all of those natural power juices you need to get you that pirate beard, ask your doctor about it. It’s a win/ win commitment because by doing this you are increasing your testosterone levels and becoming healthier. That’s why most of the gym junkies you know or the models you see on social media have a nice beard.

Besides that, you have to let sink in the fact that age also plays a big role in this. I know, it’s frustrating to see fifteen year-olds with better beards than you, but the truth is, those are special cases. Again, most likely their testosterone levels were on the roof when their puberty started. Beards also come with age, that´s why almost every old man you meet has a nice stache or a 12 inch beard, if they don’t have it’s because they are just not letting it grow. But take it easy, I’m not saying by any means you’ll get your beard at the same time you get your senior citizen discount, beards usually start filling in around twenty three-twenty five years of age, for some is even at their thirties that it happens. The process can be accelerated with healthy habits so that’s why I recommended it previously.

Now that we covered the basics I would like to assume that you are here because you have that patchy beard I had once, and that’s why you want to know how to fill in the holes. So the first step to that, is to let it grow. Many tutorials and articles online tell you to actually shave constantly because that stimulates the follicle but that is certainly not true. Hair naturally becomes thicker with time, the thing here is that at the beginning it only grows to a certain length and then keeps going, so if you shave it, it will only continue were it left, becoming thicker with time. So, if you are already at a point that you can grow a long hair even if it seems patchy don’t keep shaving, new hair won’t grow like that. The reason why you need to leave your face alone is because the areas that are patchy right now, might not really be empty, sometimes hair comes out really slow, so if you keep shaving it, it will never grow out. It’s a long road but it’s worth it. Now if you have been using an electric razor to just trim the hair down a little to have a nice shade and not completely shave it, like I did, most likely the areas that don’t have hair are just like that and are going to be like that for a while. I’ll give you a few tips for that in a moment. Lastly, you should try growing your facial hair for about a month and you will see progress. You will see hair you’ve never seen before, and you will notice that the few you already had seems more abundant. For me it was actually three months for it to look decent, and it wasn’t that hard to deal with it because at the time I was not working. The only people to put up with it were my friends and my family. I didn’t have a boss on my back telling me to shave.

The care is also important from the beginning. A product you should be trying from at least week one is beard oil. It promotes strong hair growth, because after everything we are sacrificing, like a good kiss from your partner, we want all the hair possible staying there. Mainly it will help your beard look good and fresh and healthy as well. Kind of the same effect hair gel has on your head. Remember that you also have to wash your beard, and washing it dries it because it removes the natural oils your body produces to take care of it. Beard oil all in all is a great product to take care of your beard, I won’t recommend any because it’s not that kind of article but ask around, usually even the cheapest one works. Regarding the application of it, it depends of the length of your beard. The first days you can do with three drops, and eventually add a little more. Also beard shampoo is important, as I said you have to wash your beard because it will get dirty, skin dies and then it stays there, stuck. Wash it twice a week, maybe three times, but not every day. That will make your beard too dry and not even oil will fix that. Finally, to keep everything in place you should get a beard comb. Beards at the beginning tend to just do whatever the hell they want. At first I used to use normal combs, the same kind I use for my hair but that was just not working. Those combs are for thin hair, and you beard is anything but thin. It used to rip my hair out and it didn´t really comb anything.

Now for us men with patchy beards, there are a few thing we can do to make it look better. Remember the first step to grow a beard, is to let it grow. It might get itchy, oil also helps with that, but once it’s long enough, and it’s still patchy, we can do what bald men do. Just comb the long hair in the direction you need to cover. I know it sounds kind of dumb but it actually does work. I started doing it from week three or four and eventually I got a really nice shape that made me seem I have a fuller beard. The bald spots I have on my beard are basically under my lower lip, which is the most important part because it is the one that shapes your chin into a squared-manly shape, and my mustache is not that good to be honest. So I started combing the rest of my beard to the front basically and well, it doesn’t cover all the area under my lip of course but I was able to get a square-like cut under my lip which makes it look better.

To finish this small step by step guide let me tell you that first of all I just covered the basics, there’s more research you should do on your own about care and management of your beard, that if, you want to do it on your own. The only thing I did on my own was to grow it properly, but to stylize it I did went to a barber’s shop which I really encourage on doing. They know best when it comes to make your beard look good and manly. Once you have a long enough beard you can go with them and ask them what might look good on you. Some beard cuts make your face look wider or round, or they can make some of your features seem bigger. So these guys know how to work with, trim it shorter if necessary, and give you a nice shape working out the bald spots if you got any after properly letting your manhood grow.